Began tracing my family tree based in Torre le Nocelle, Avellino, Campania, Italy at seventeen. By age twenty, had been knocked unconscious many times by proverbial skeletons falling from the closet and decided to give it a break. After a recovery period of five or so years, came back at it with a vengeance.

Yes ... it's become an obsession... and it's been quite a ride. Along the way I have uncovered what appear to be numerous “irregularities” - some might say potential scandals - but it's not my goal to judge. I've also identified well-known artists, musicians and doctors, as well as many ordinary folks whose main feat was survival ... NOT an easy task in their day. Nope ... these ancestors of mine were not perfect, but they were a hard-working, passionate lot ... and I have a fierce love for each and every one of them.

Along the way (and through the amazing technology of recent years) I've met some incredible cousins in the U.S. and around the world ... and for this I am most grateful. A special thank you to cugina Maria Carolina from Boston, who always keeps me laughing, helps untie all the family knots that threaten to strangle me, and is the backup assistant editor of "our" little blog (although she might not know it yet).

Another really, really big thank you to cugino Florindo in Torre - who is more like a brother than a cousin - and without whose help I could never have made sense of any of these records.  Florindo is the webmaster of the official site of Torre le Nocelle, and consultant to our blog.  The man is a veritable walking encyclopedia of all things Torresi.  There isn't a thing that goes on (or has happened in the last five hundred years) in that comune he doesn't know about.  (Plus he makes a mean pasta with mushrooms!) Hopefully by the time I move to Torre, Flo you won't be too tired of me to teach me which end of the olive tree gets planted up.

I'm in the process of transcribing the Atti di Stato Civile (Civil Acts) for the comune of Torre le Nocelle, Avellino, Italia for the years covering 1809 - 1899.

I've tried to transcribe the records exactly as I see them. Information either illegible or later confirmed to be incorrect has been put in parentheses.

As this research sometimes draws us into the neighboring comunes of Montemiletto and Pietradefusi, I've included some of those records here as well.

The intent of this blog is to share genealogical information with other Torre researchers. Initially I began with only my direct ancestors. I soon realized, however, that EVERYONE was related to one degree or another and decided it would be easier to document the genealogy of the town as a whole.

If you are just beginning your family history quest and feel you have might have ancestors from Torre or adjacent villages, drop me an email. I have traced almost every line in Torre back to the early to mid 1600's ... some a little further. And although my historical data is strong, my knowledge of what happened to the families after they hit American soil is lacking. If you have information, family stories, photographs, etc. regarding your particular line you'd like to share ... I'd love to post them!

Search Massachusetts Naturalization Records At Footnote
Posted by Avellino21 at 6:32 AM

Labels: About The Blog

Original material and images may not be used without the permission of the copyright owner. Copyright © 2009-2018 by Carm Cefalo and Florindo Cirignano 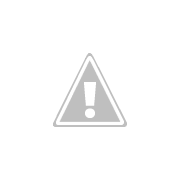